Ah 2015, the year we went all modern and sold tickets online and had a real website and everything! Theatre was the name of the Frinj in 2015, well theatre and projections and ghostly tours and live art and music and strange, random happenings and giant spider webs and parades. Just another Frinj Festival really. 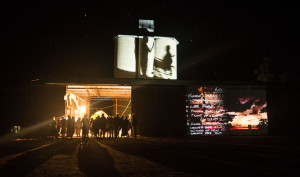 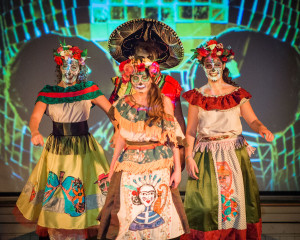 Fashion for Funerals by Kat Pengally – putting the fun back into funerals. Kat worked with local community members and the Horsham Arts Council to deliver a visual spectacular of colour and music. 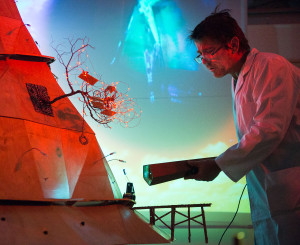 Dave Jones balanced his way between artistic genius, computers, finely tuned puppets and family life to produce Balance. A new work with a strong environmental message that got children (and adults) actively involved in the exploration of sustainability, recycling and alternative power generation. 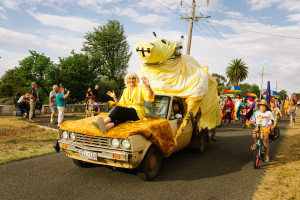 The Hay and Thespian Parade was as popular as ever with more people in the parade than watching it.

FOUND was a collaboration between VCA graduates and local youth. It involved a giant tea pot, some foxes, a few fairies and a treasure hunt among other things. 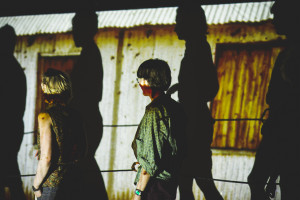 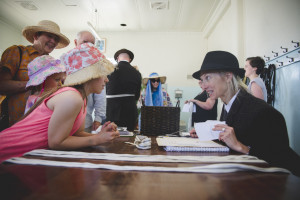 Verity Higgins brought us the Freda Experience, a participatory work based on the life of the first woman to climb Aoraki/Mt Cook. I thought one of the guides was really an amazing performer, outstanding in her class! 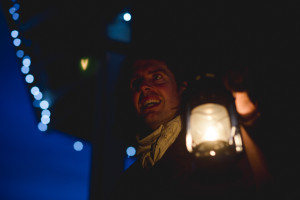 Sally French researched the history of Natimuk and worked with Trevor Flinn to create a night tour of Natimuk – Murder, Maladies and Miscreants. 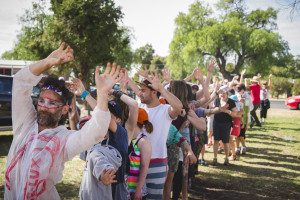 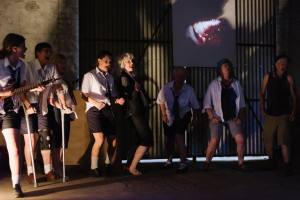 Alison Eggleton created ‘the space that binds us’ working with Kasia Lynch, Rosa Tato, Katie Jacobs and Trevor Flinn to explore the humorous and potentially endless idea of social connectedness at the
familiar historic sites of the pub, the old school room, the Golden Fleece agent and the
Old Power house. 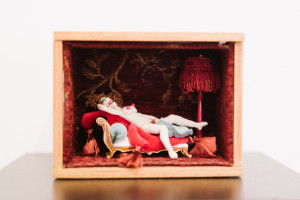 I mean really, what’s not to love about the Nati Frinj?