The Frinj director this year was Justine Watt and the famous flying emu poster was designed by Kate Finnerty.  In 2007 it was decided to give the silo a rest and Anna Loewendahl conceived of doing a show at the other icon of Nati, the lake, which was at the time dry from years of drought. Anna interviewed the older citizens of Natimuk about their memories of the lake, and worked with a group of six local actors to create a radio play.

Mary French made puppets, and Anna worked with Snuff Puppets in Horsham to create a large pelican. There were dancing tents, choreographed windsurfers, a yacht  and pyrotechnics. It was going to be huge. The week of the show it started raining, and did not stop. The night of the performance, a smaller performance (still broadcast on the radio) was done in the lake pavilion, with the audience crowded at the windows. 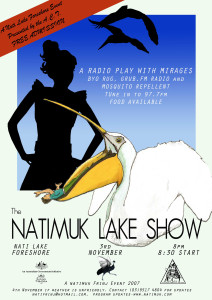 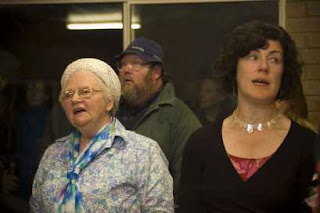 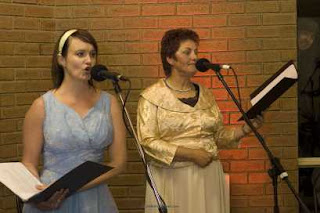 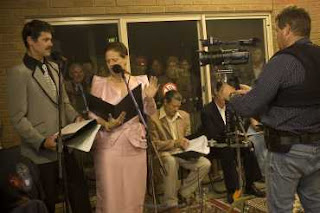 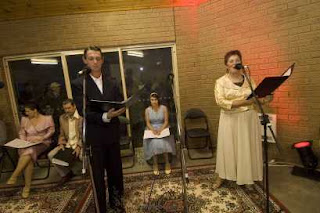 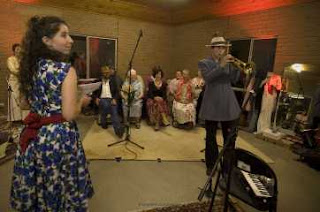 The Hay and Thespian Mardi Gras was again a huge hit, packing the street. 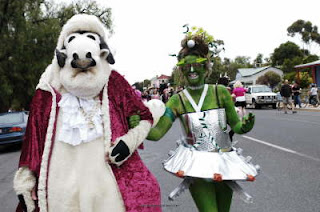 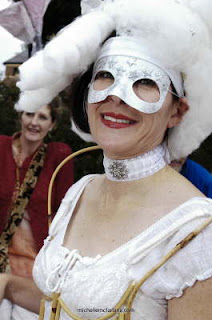 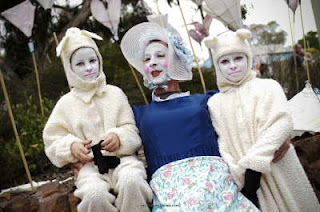 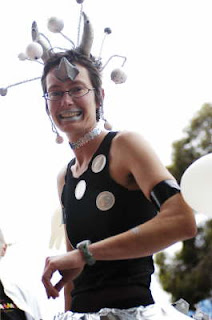 This year also saw the Frinj establish a relationship with Ian Pidd from the Village of New Performance. Several Natimuk artists contributed to the debut Village as part of Horsham’s Art is … festival. Ian curated a series of performances in the Nati Hall, including Ian Wells and Neil Thomas’ Man Talk. Neil Thomas was part of the mischievous Museum of Modern Oddities  ‘Putting Natimuk back on the Map.’ Also over the weekend, there was live theatre including: 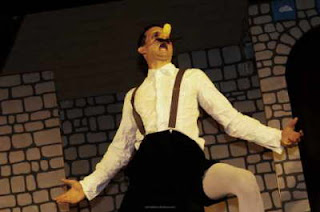 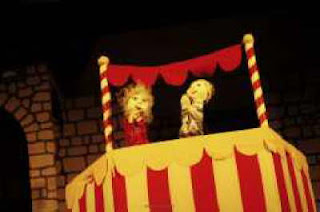 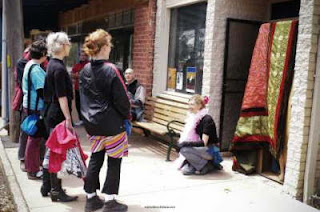 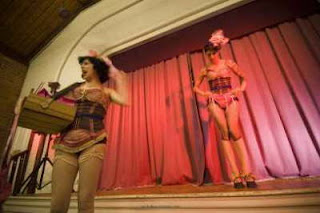 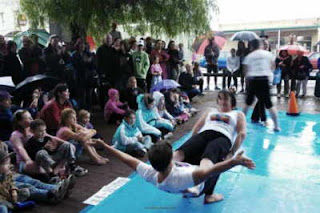 Other Frinj events included the first of the catered meals, the S&M night (sushi and martini’s).
And there were Visual Art Exhibitions including:
Blue Poles (Greg Pritchard) 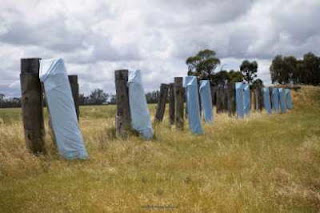 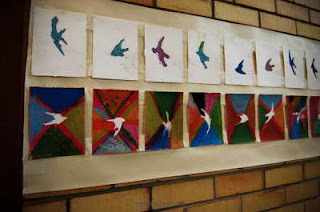 A group show at the Goat Gallery 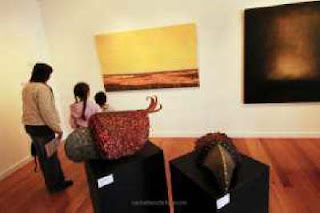 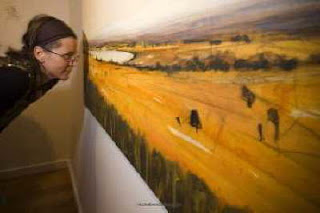 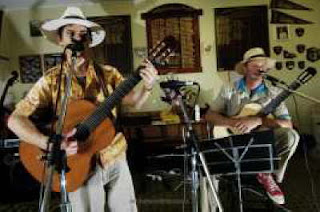 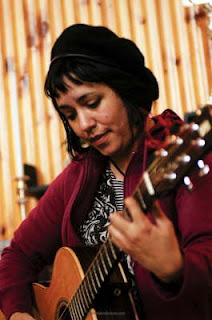 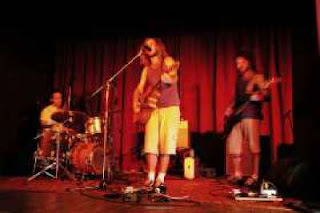 And ephemeral art attacks that were to become more lasting: 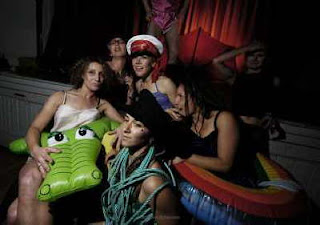 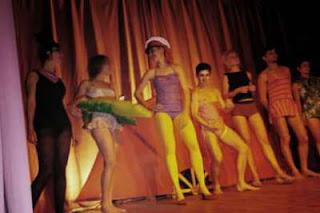 In spite of the shocking weather it was another great Frinj.